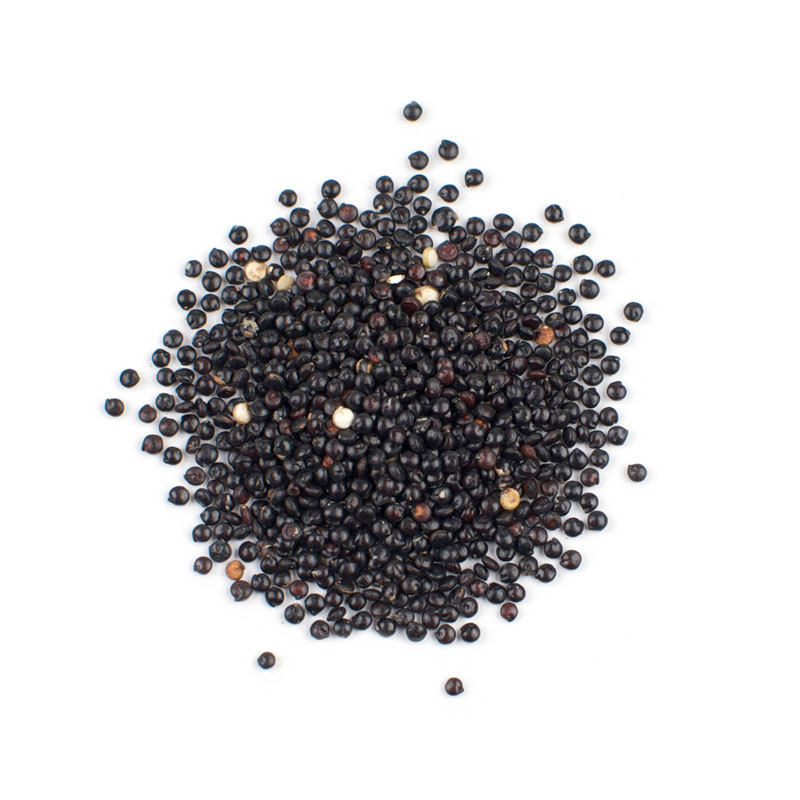 Quinoa is a quick-cooking, grain-like seed with a mild, nutty flavor, fluffy consistency and a pleasant bite. Our Black Quinoa is a visually attractive, naturally dark colored quinoa with the same great flavor and complete nutritional value as white quinoa.

Bring 2 cups water a boil. Add 1 cup black quinoa, reduce heat to low and simmer for about 15 minutes. The grain will pop and the outside germ will separate into a curly tail. Drain excess water and spread on a sheet pan to cool or use immediately.

Quinoa (Chenopodium quinoa) is a grain-like seed which is a member of the Amaranth family of flowering plants (Amaranthaceae). It is native to the Andean region of South America, where it was a staple crop for the Inca, Aymara and other pre-Columbian people. The Quechua name for quinoa translates to "mother grain" or "super grain," due to its superior nutrition. Legend has it that the Incan emperor would plant the first quinoa seeds each year in a solemn annual ceremony—such was its importance to the Incan people. Quinoa is considered an ancient grain because it has not been altered for large-scale agriculture, and is the same variety grown for thousands of years. 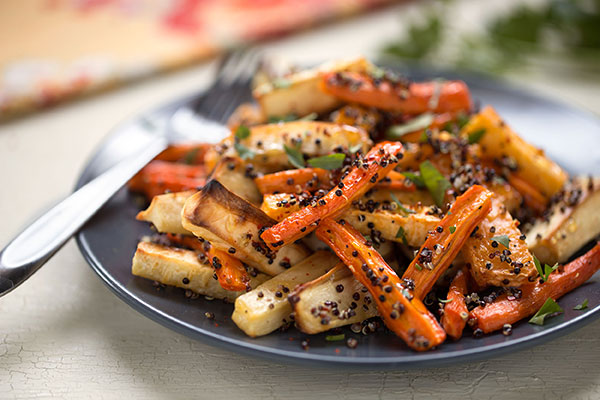