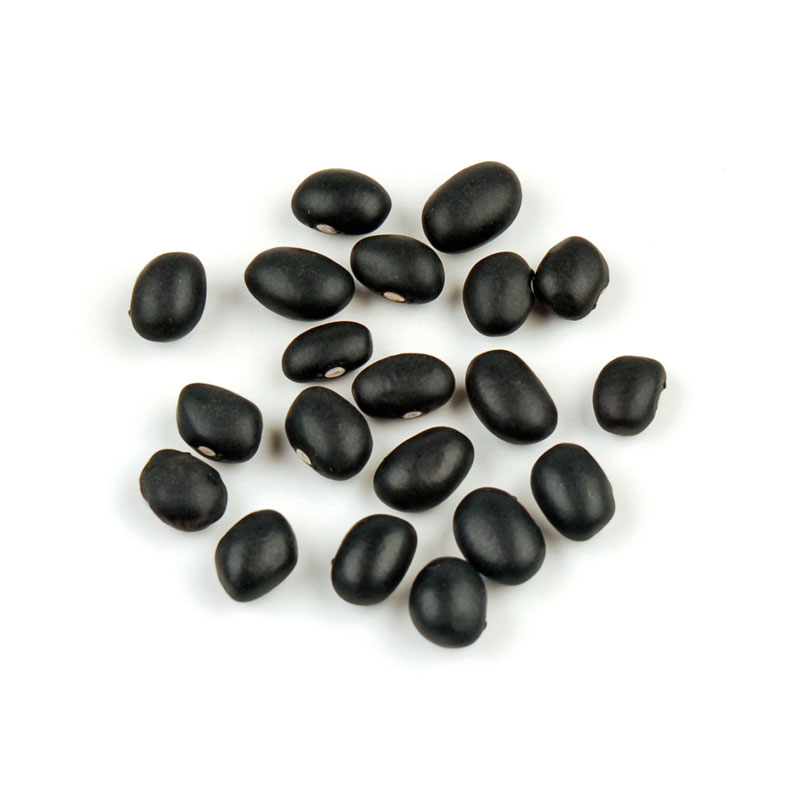 Carefully sort beans and rinse thoroughly. Soak overnight. Rinse and place in a large pot. Cover with fresh water. Bring to a boil and cook 3 minutes. Reduce heat and simmer, covered, for 60 minutes or until tender. Salt to taste.

There are several varieties of Black Beans (Phaseolus vulgaris), the most common of which is the small, rounded bean also known as "black turtle bean" because of its shiny, shell-like appearance. With a meaty cooked texture and earthy, almost mushroom-like flavor, black beans hold their shape well when cooked, adding flavor and texture to recipes ranging from dips to soups to salads to burritos.

Black beans are a diet staple in many cultures with a history that dates back 7,000 years in Central and South America, playing an important role in the cuisines of Mexico, Brazil, Cuba, Guatemala and the Dominican Republic. Brazil's national dish, feijoada, is a rich, long-simmered stew made from black beans and a variety of fresh and smoked cuts of pork and beef. Frijoles negros (Spanish for "black beans") is a simple stewed bean dish prepared widely throughout Cuba, Puerto Rico and Mexico and seasoned with onion, garlic, spices and sometimes leftover cuts of pork or bacon.

Black beans are members of the larger family of legumes, plants used for their edible seeds and pods, which boast a high nutrient density with low-maintenance production and storage. They contain protein, essential minerals and fiber while maintaining a low level of fats.

Believed to have originated in Peru, beans were spread through trade throughout South and Central America, later being introduced to Europe in the 15th century by Spanish explorers. Known as a high-quality, inexpensive source of protein and nutrition, they have become diet staples in many cultures.

These spicy black bean burgers prove that meatless patties can still be packed with flavor and protein. Given a boost of smoky flavor from our Chipotle in Adobo, this twist on an all-American favorite is delicious topped with melted Chihuahua or Monterey Jack cheese, avocado and the salsa of your choice. 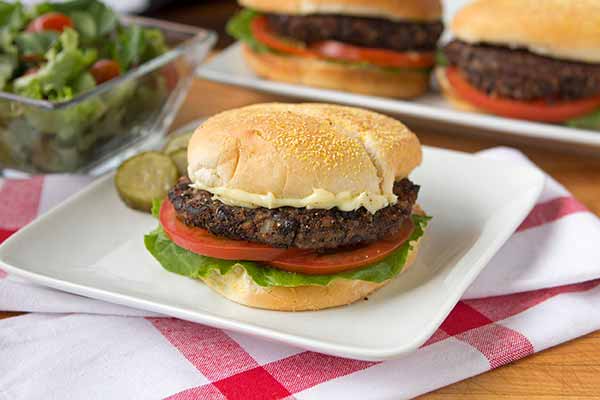