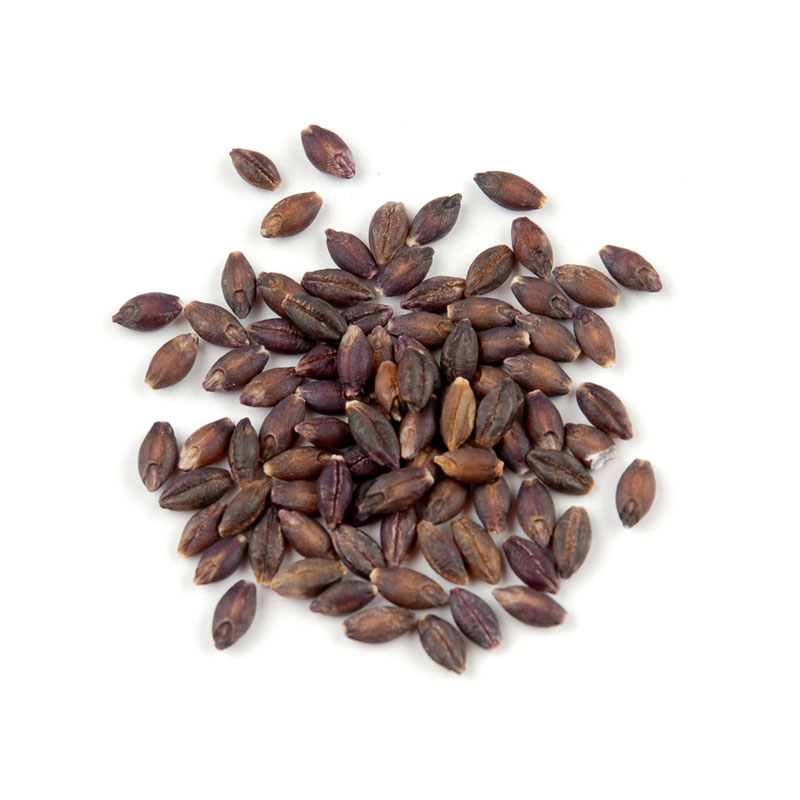 Black Barley is the only grain that can go from field to table without being processed. The shape resembles a coffee bean and cooks to a glossy purplish-opal color. With nutty flavor and chewy texture, this grain is a healthy and colorful addition to stuffing or pilaf.

Add 1 cup Black Barley to 3 cups boiling water. Cover and simmer until about 50 minutes or until liquid is absorbed. Drain any excess water.

Barley. (May contain a trace percentage of cereal grains)

Barley is one of the world’s oldest cultivated grains, with a history dating back to at least 4500 B.C. As with many of today’s popular grains, barley has been modified over generations to produce greater yields and more economical farming methods. Black barley, however, is an heirloom variety. This means that the grain has remained unchanged for generations, farmed in small batches and cherished for its nutty flavor, striking color and impressive nutritional profile.

Black barley has a deeply satisfying nutty flavor when cooked. Popular in Eastern Europe and parts of Russia, this go-to grain is used in almost every meal. Its fermentation process also lends itself well to beer making processes and is rising in popularity worldwide. Like barley, black barley can be added to soups, salads, stuffing, pilafs and more. Black barley is high in fiber and packed with vitamins and minerals, including vitamins B & E, calcium, iron and potassium.

In this recipe, black barley and our Portabella Mushrooms combine to make a rich, filling soup. Precooking the black barley andsoaking the portabella mushrooms separately allows the vegetables to keep a little bite with a shorter cook time. 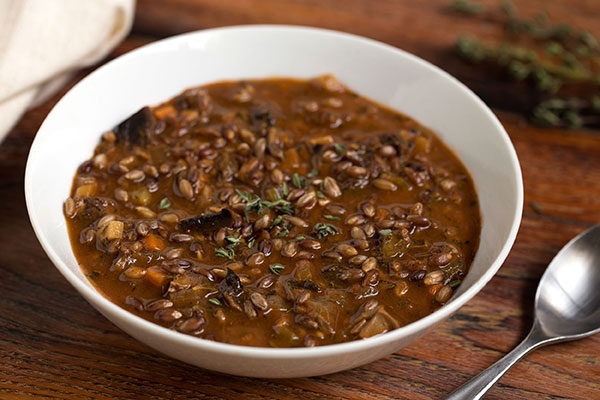