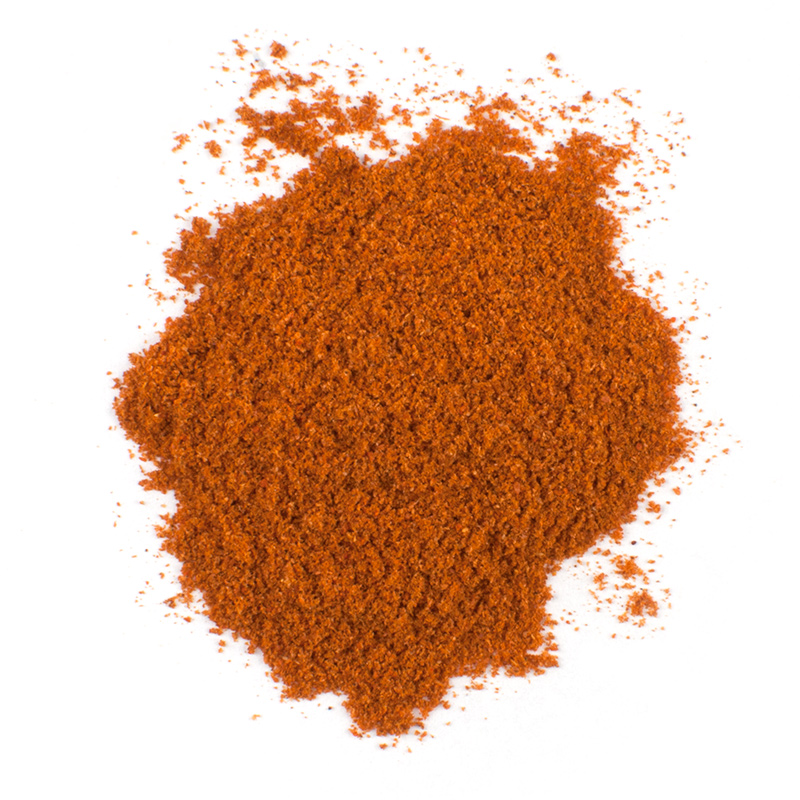 Bird's eye chiles are popular in both Southeast Asian and North African cuisines, prized for their fiery heat that averages between 50,000 and 175,000 Scoville Heat Units. While bird’s eye chiles are most popular in Southeast Asia and Northern Africa, like most other chiles they originated in South America and Mexico and were later introduced to Asian and African cultures through Spanish and Portuguese traders. It was not until the 15th century that chiles were introduced to Europe by the Spanish as a replacement for pricy black peppercorns.

Birdseye chiles are among the hottest peppers and also quite pungent. Their flavor is tempered in our chile powder blend with white peppercorns and chile de arbol. This recipe uses the chile powder in two places providing contrast of sweet, sour and spicy with the fatty pork. 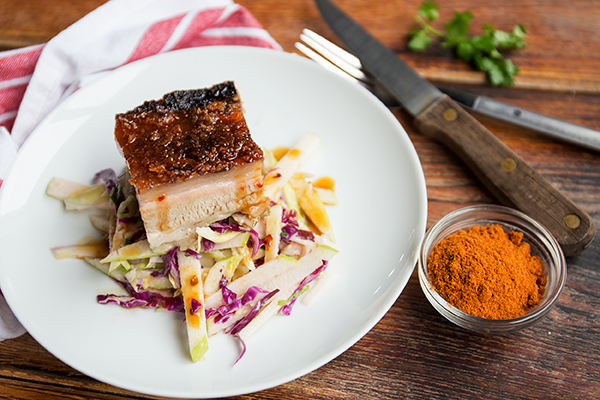