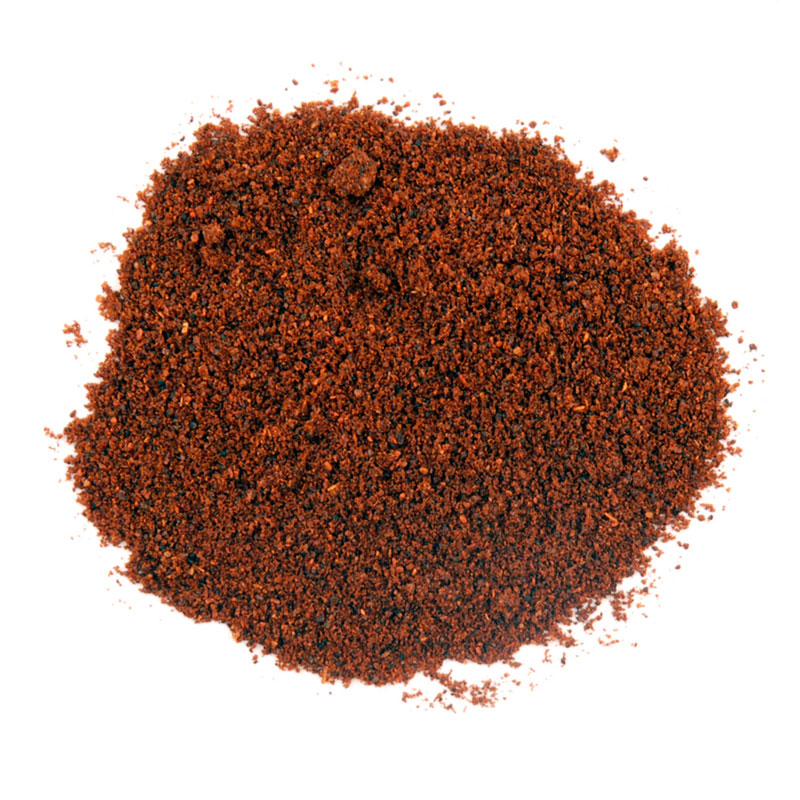 This Ancho Chile Powder is made from dried, pulverized poblano peppers. Sweet and full-flavored, this convenient powder provides medium heat with an earthy, mildly fruity flavor, hints of coffee and a faint raisin taste.

Sometimes mistaken for the pasilla chile, the ancho chile is actually a dried version of the popular poblano pepper. Popular in Mexico, the word "ancho" means wide, referring to the chile’s flat heart shape. Ancho chiles are one of the three "holy trinity" peppers of Mexican mole sauce, which also includes pasilla and guajillo chiles.

Part of the Capsicum annuum family, peppers have been part of the human diet in the Americas since at least 7500 BC. While they are now staples in many cuisines, they were not introduced to Europe and Asia until the late 1400s when they were brought to Spain and quickly traded for their variety and as a cheaper alternative to the pricey peppercorns. 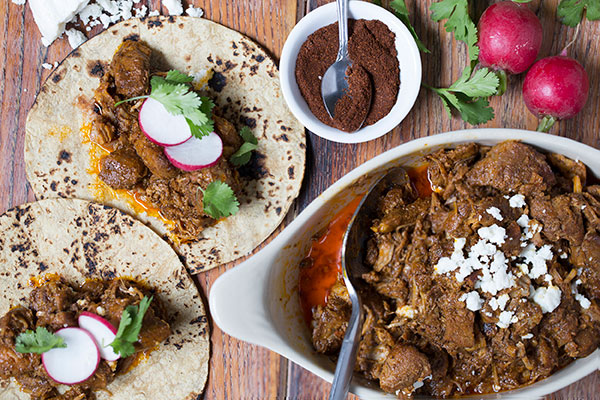